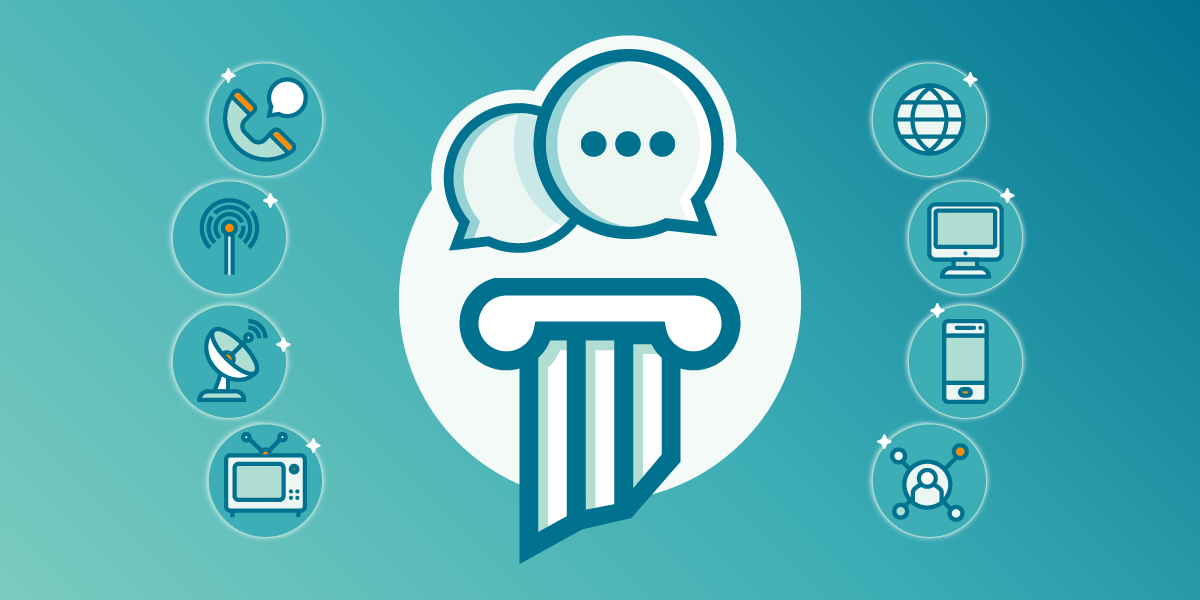 The discovery of electricity opened up many opportunities for innovations. Some of the most important innovations of all time are innovations in communication which made the progress of human civilization possible. The pre-electricity era served as a great foundation for these innovations without which we couldn’t imagine our lives now.

Before instant messaging, we had smoke signals and drum beats, but these had their limitations. Thanks to postal services and curriers, writing letters and communicating via written messages has been around for quite some time now and paper, pens and pencils made it easier and more accessible. What revolutionized telecommunication and long-distance communication was the introduction of the telegraph. Invention of electricity created many opportunities for innovators and during the 1830s Cook and Wheatstone used it for their five magnetic needle system telegraph, used for railroad signaling in Britain. Inspired by the idea of using electromagnetism to transmit messages, a single-circuit telegraph was created in collaboration with Gale and Vail  and transmitted its first message in 1844, sending electricity through the wire from one point to another instantly. This was also possible due to a code created by Morse and Vail, the Morse Code, made up of dots and dashes, representing each letter of the alphabet.

The telegraph became quite popular and telegraph lines spread across the world. By 1866 Europe and America were connected via a telegraph cable laid across the Atlantic Ocean. This innovative technology not only transformed the way people communicate from far distances but also had a big impact on the way journalists and newspapers transferred information and became an item of great interest for national security.

Like every other innovation, the telegraph was overthrown by a more supreme technology, the telephone. Although popular and widely spread, the telegraph had its own limitations - being able to send and receive only one message at a time. The next big idea was transmitting human voice over the wire, and the two main opponents in this race were Alexander Graham Bell and Elisha Gray. Bell must have been the first to be awarded the patent, only a few hours before Gray, making him the father of the telephone. From copper wires to high-frequency radio waves-microwaves, to digital transmission over optical fiber, one innovation after another. Thanks to optical fiber, millions of bits of information can be transferred immediately. And almost a century after the first telephone was introduced, in 1994 the first smartphone by IBM marked a new era.

Sounds are different vibrations in the air, and if there was a way to manipulate those vibrations through the air, it would be possible to transmit them without wires.  We know that now, but it used to be two words: science fiction. The identification of radio waves in the 1880s by Heinrich Hertz is one of the greatest discoveries that laid the foundation for future innovations. Radio being one of them, invented by Guglielmo Marconi in 1895. Although Tesla was the first to demonstrate the first remote control boat using radio waves in 1893 he, unfortunately, didn’t get the chance to finish his experiment and be the first to transmit a message, because of a massive fire in his laboratory. In 1901 Marconi succeeded in transmitting the first transatlantic signal using radio waves and even got a Nobel prize in 1909. In the early stages, radio was used for military purposes but found its way in commercial use after WWI. Thanks to these waves, audio, images and data can be transmitted wirelessly and they represent a basis for satellite communications.

Communication, as we know it today, wouldn’t have been possible without satellites. The first artificial satellite, Sputnik, was launched in 1957. But almost a decade earlier in 1945 the famous sci-fi and futurist author, Arthur C. Clarke made a proposal for geostationary satellites. He proposed that they would be connected to one another, circling and covering Earth’s surface with radio signals, allowing communication. It didn’t take long before the first communication satellite ECHO1 was launched in 1960, and an innovative idea became reality.  Nowadays, radio, TV, telephone and the internet all rely on communication satellites.

One of the most important ways of communication, the Television, has overgone many innovations over the past 100 years since it first came to the market in the 1920s. In the decade to come, we have witnessed innovation after innovation, bringing us improved resolution, sound, design, and new applications we didn’t even think were possible. From mechanical TVs to LCD, flat HDTV, smart TVs and OLED. Innovations such as rollable, ambiental and double-sided TVs are just some innovations waiting to find their way into our lives and become the new standard.

Today, communication would be unimaginable without the internet and the world wide web. They revolutionized the way we connect and interact. The beginning of the Internet dates back to the early 1960s. Since computers were stored in cold rooms, there grew a need for a remote connection as well as simultaneous access by more developers. Rather than a communication function, it was intended to optimize process usage. The first message sent over ARPANET, a predecessor of the Internet, was in 1969 and marked yet another era in communications. While the Internet can be thought of as the hardware, the World Wide Web could be the software. Its innovative design, web-like rather than linear, was created as such because it is designed to mimic the way the human brain works and makes connections. The first proposal for the WWW was written in 1989 by Sir Tim Berners-Lee, working at CERN, and the very next year he got the green light to start his project. In the same year, 1990 he wrote 3 fundamental technologies that are still in use today: HTML, URL and HTTP. Pretty soon, first people outside of CERN were able to join in, and the rest is history. Today roughly 40% of the world’s population has internet access.

The abacus, dating back to 2700BCE might as well be the first computer, but that didn’t really have much impact on our communication. What did change the way we communicate is the personal computer. Thanks to the invention of microprocessors in 1971, computers were finally able to be built smaller. A few years later, in 1976 the first Apple I computer was introduced which was more advanced than the previously released Altair, and only a year after Apple II, which was a breakthrough innovation with a keyboard of its own and a color screen. Since the ‘70s, personal computers have gone a far way and became almost a necessity.

Starting with the first cellular phones back in 1973, it took 2 decades for the release of the first smartphone in 1994 by IBM.  Not an instant hit, and still had plenty of room for improvement. In the year 2000, the smartphone got an innovative twist-the ability to connect to a 3G network. Even that wasn’t enough and it still took years before this brilliant idea took off, which eventually happened in 2007 with the release of the first iPhone thanks to Steve Jobs. Now, many years and innovations after, it almost serves us as an extension to overcome our limitations as human beings.

The love-hate relationship we have with social media is of less importance compared to the undisputable impact it has on our lives.  Once again, previous innovations in communication were a stepping stone for yet another innovative way in how people interact and communicate. It is believed that about 3.1 billion people will be social media users by 2021. Its growing popularity has not only made it easier for people to connect and share information no matter the distance but also transformed the way people do business.

As the technology progresses so will communication. We will be seeing more innovative ways of how we can share information and interact with each other. Some ideas that might be too sci-fi and futuristic now might come to reality in the next few years. Maybe we will start living in virtual reality and have avatars of our own and interact through them. Maybe we will develop mind-reading technology and communicate through it. There are a lot of maybes, but one thing is certain ‒ communication will continue to evolve thanks to innovative ideas, and what once seemed as fantasy will become reality.