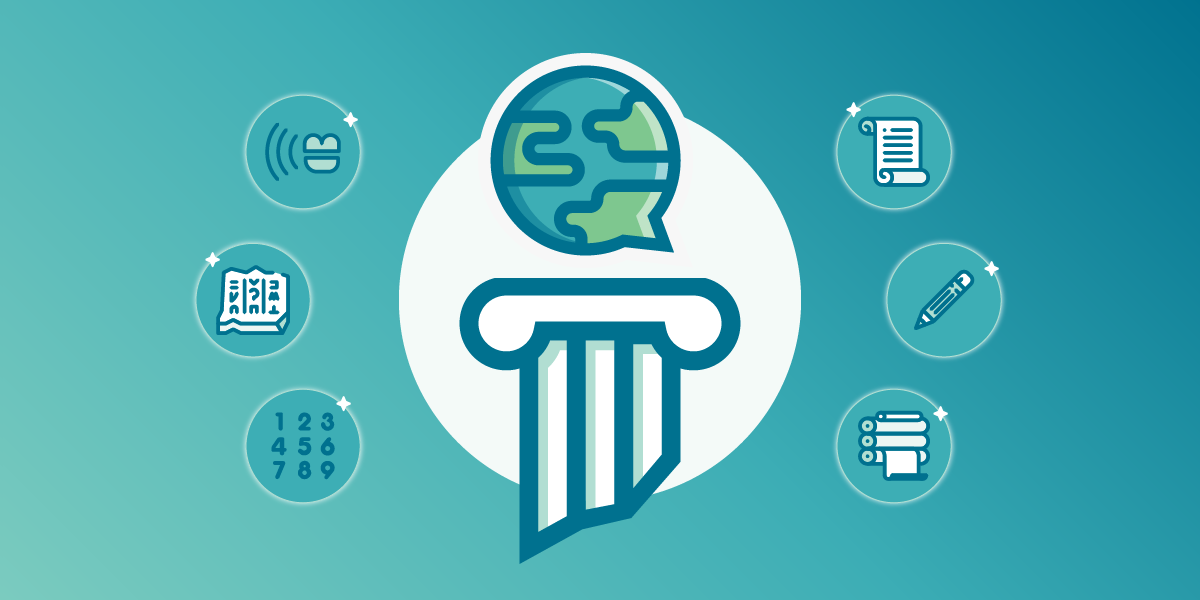 Communication has played one of the vital roles throughout history and in our own existence as well. The way we connect and interact has evolved and improved so much over the years and keeps on changing. One innovation after another has led us to where we are now, and without which we couldn’t even imagine our current reality.

This is a brief history of some of the most important innovations in the pre-electricity era that changed and improved communication. They served as a foundation for ideas and innovations that came with electricity, and they present a solid foundation for the ones yet to come.

Without any doubt  one of the most important innovations of all times, not only when it comes to communication but in general as well, is language. It gave us the ability to transfer complicated thoughts, ideas, knowledge and information through space and time. It shapes the way we think and interact with the world. Different language speakers perceive color, time, direction, and other aspects differently, and can be a great asset to your business and innovation process. Neither the time nor the place of origin of the first spoken language can be clearly established, but it is estimated that there are around 6500 to 7000 different languages in the world now.

As the population of the planet increased, there was a need for certain data to be recorded, mostly for tax purposes and tracking of goods. The precursors of the script were tokens, found at archeological sites dating from the period between 8000 to 3000 BCE. They were made out of clay in different shapes each representing a certain category. Later on, the first scripts were developed simultaneously in the Middle East, China, and Mesopotamia, somewhere around 3000 BCE. They were in the form of pictographic symbols, known as hieroglyphics. A subset of Egyptian hieroglyphs evolved as a group of symbols representing each consonant individually around 2000 BCE, and it was spread by Phoenician maritime merchants to Greece around the 8th century BCE. The alphabet became dominant around 1500 BCE as a contrast to ideographic letters, and now,  thanks to our modern-day script, we are able to transfer complex thoughts and spoken language.

Alongside the script, the numeral system also made our lives easier and made it possible to keep track of many aspects of the constant increase in environmental complexity. The most commonly used numeral system nowadays is the decimal positional numeral system or the Hindu-Arab system, with the 0 to 9 symbols/numerals. This system is not only an innovation when it comes to numerals and communicating but also one of the most important innovations of all time. It opened doors to other innovations that wouldn’t have been possible without it.

Prior to the modern numeral system, humans used body parts and tally marks. Greeks, Hebrews, and Egyptians added new symbols so that they could respond more adequately to the evolving needs. The Romans came up with an innovation of their own, where if a lower numeral was placed before a higher numeral, it would be subtracted. But even this innovation wasn’t sufficient enough. The innovation that was a game-changer was the positional notation, which meant that the same symbols could be used over and over again, representing a different value if placed differently. The modern numeral system got perfected by Hindu mathematicians somewhere around the 8th century and thanks to Arab merchants spread to Europe. Another numeral innovation is the introduction of the 0, which serves as a placeholder and describes the value in a more precise manner. The Mayans instinctively invented 0 for the same reasons, just on the other side of the globe. Besides this decimal number system, there are others, such as the sexagesimal system (with 60 as the base), used for analyzing and describing time, angles and coordination, and the binary system, consisting of 0s and 1s, became one of the computing foundations.

Before paper was invented, stone, bone, skin, wooden sticks, and clay were some of the widely used materials for writing. The oldest found paper document dates back to 200BCE Tibet, but the first recording of the papermaking process was made by Cai Lun in 105 CE. The process included bamboo fiber, water, and a lot of pounding so that the fiber got intertwined more. Afterward, it would be placed on a flat cloth and left to dry out. This innovative process made writing and reading easier, but was kept as a secret by the Chinese until 751 CE. Shortly after, by the 12th century, it got spread worldwide and the demand increased, so manual paper manufacturing was replaced by water-powered paper mills in 1282. Different materials were used for fiber, ranging from original bamboo to hemp, linen, and cotton. Another innovation that made paper even more accessible was the use of wood fiber, providing us with the paper we know today.

One might think that a pencil was invented before the pen, because of its simple design, but actually it was the other way around. Long before the introduction of the modern pen, reed pens were the standard in ancient Egypt. But since they didn’t last long and their tips broke fast and easily, they soon became replaced with feather pens. Feather pens are thought to date all the way back to 4000BCE. Although pens with reservoirs existed in the 10th century, they didn’t get accepted for centuries yet to come. Thanks to Daniel Schwenter, in the 17th century, the usage of pens became easier and less messy since his innovative pen was made out of 2 quills holding the ink inside, not needing to be dipped into ink all the time. In the 19th century another innovation was introduced - the ballpoint pen, and in 1960s Japan another innovation, the felt-tipped pen became the precursor of the modern-day highlighters and markers.

An accidental discovery perhaps? A deposit of graphite was discovered by accident in England in the 1500s. Since it left its black color behind due to layers of carbon atoms, locals started using it to mark their sheep. Since it was messy to use, it was usually wrapped in a cloth. Thanks to an innovative mind of an Officer of Napoleon’s Army, Nicolas-Jacques Conté, we got the pencil we all know today. His innovative mixture included clay and water alongside graphite refined at 1900°F and inserted into a wooden casing.

First printing press dates to the1st millennia AD China, with the usage of hand-carved wooden blocks. These got replaced with individual clay letters that could be arranged and reused. Later on in 1297, Wang Chen came up with a process that would make wood more precise and durable. He also came up with the revolving table for typesetters and made the whole printing process even more efficient. Some 150 later came the famous Gutenberg’s printing press that revolutionized our lives and it is considered today as one of the most important innovations of all time. Ideas were able to be spread more easily, in a faster and cheaper manner, and knowledge and information soon became available to the masses.