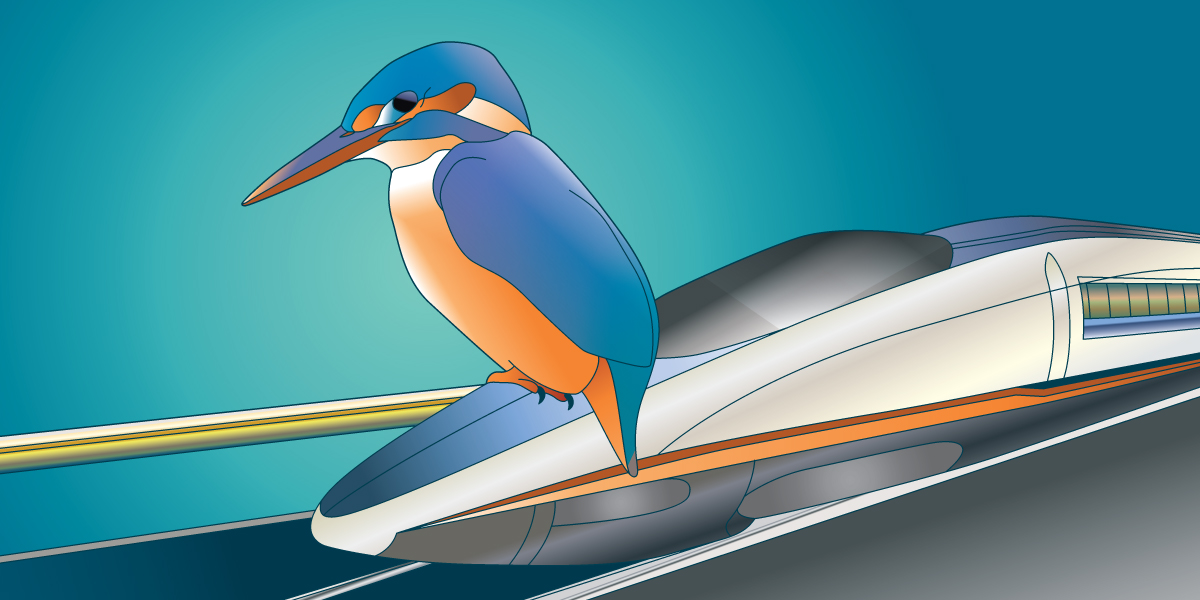 We keep on looking for more sustainable ways of building things, without stopping and realizing that they already exist. Nature, the greatest designer has been the source of many innovations. Because of the rising concern for the environment, agriculturists, designers, architects, economists, physicists, ecologists and people from almost all fields are now turning to the genius of nature and rather than dominating over it are seeking wisdom from it. A complex yet very subtle and simple system has been underway for more than 3.8 billion years, refining what works well and what doesn’t. It is about time that we paused for a moment and shifted our focus and technologies into being aligned with nature because after all, we are part of it.

Let us see and go through some of nature’s superior solutions that rely on abundant and free energy sources and once again ask ourselves, how can companies improve their entire business by using innovations inspired by nature?

These scary yet beautiful animals are a beautiful piece of nature’s creation. The remarkable structure of their skin, which is covered with denticles, allowing them to flow through the water with less drag and reduced biofouling. Unlike other marine animals, sharks rarely suffer from biofouling, floating microorganisms being attached to them, affecting their health and performance. This clever solution caught the eye of many scientists and inventors as it can be used for creating better ships, wind turbines, airplanes, swimsuits and fins, which are more efficient.

Another great candidate for innovations inspired by shark skin are hospitals since they are subject to disease-carrying bacteria. Doorknobs, flooring, equipment and other parts of hospitals are being redesigned so that the shark-like denticle structure is covering the surfaces. Compared to copper surfaces which have shown 80% less bacteria than other materials, shark skin structured surface has shown 94% less bacteria and it is less expensive.

Incy Wincy spider is a top-level factory that uses whatever comes by, flies and crickets, breaks them down into molecules, creates two proteins, and reassembles them into silk 5 times stronger than steel. The whole process uses water, no toxins and has minimal waste. Depending on the need, spiders “fine-tune” the process and create different kinds of silk. The end product of this tiny green factory is a lightweight and petroleum-free material, which is biodegradable. Bulletproof vests, biodegradable bottles and suspension bridge ropes are just some of the great ideas inspired by spiders.

Wouldn’t it be great if we stopped polluting our environment with all kinds of detergents that contain toxins, if dirt could be just washed away using only water? Guess what, nature has that figured out as well! Leaves need to stay clean in order to perform photosynthesis, which is essential for their existence, and of course ours as well. Most leaves have a self-cleaning structure. Lotus leaf, the symbol of purity, often grows in muddy environments but tends to stay clean because of its structure. The surface is covered with tiny bumps that collect dirt, and water just flushes the dirt away leaving the leaf clean. Designing whole buildings and cities with these self-cleaning surfaces would have a huge impact on the environment. Solar panels can also benefit from the design of this nature and more efficiently collect and convert Sun’s energy into electricity.

So far, we have mostly relied on pigments to get the desired color. Often these pigments are toxic and harmful to us and everything around us. But once again, nature is one step ahead of us, hacking the rainbow. For instance, the rewashing peacock with its bright blue color is actually brown! So how does it trick us into believing it is blue? The answer again is in the structure of the surface. The surface is designed in a way that it has a light scattering effect, making us see only the color blue. Blue morpho butterflies are doing a similar thing, and they are not alone, there are plenty of other examples out there. Producing green pigment can be tricky as well, but again, nature found a solution for that. Mixing yellow pigment with a blue structural color makes that green effect. Many green snakes and frogs do that. And when the snake dies, it becomes blue, because the yellow pigment fades, leaving behind just the structure that creates that blue effect. Mimicking structure and manipulating light could lead to turning free energy of light into the color we desire. And again, this cool innovative idea inspired by nature could be used for non-toxic paint for car bodies, buildings, the list just goes on and on. It would last longer and need less maintenance and have a positive effect on the environment.

Besides structure-based colors and usage of pigments to create different color effects, birds have been a source of inspiration for many centuries. The way they fly, flap their wings and cover vast distances with a built-in navigation system has amazed engineers, scientists, artists and innovators of all kinds. Unlike other birds, the hummingbird has wing movement similar to insects allowing it to hover in mid-air, flapping their wings over 80 times per second and move back and forth. They move around their wings more efficiently and generate energy on both upstroke and downstroke. This “cool feature” could revolutionize wind turbines which would have a movement similar to one of a hummingbird, generating energy more efficiently.

Kingfisher might be one of the well-known examples. With its large head and long, narrow beak, it became a solution to the famous Japanese bullet train, Shinkansen. The speed of the train of 320km/h created a problem when entering and leaving tunnels, causing sound-pollution, affecting the wildlife and everyone living nearby. The so-called “Tunnel Boom” was created by the train forcing the air in the tunnel, building up pressure in waves, and creating a loud bang by leaving the tunnel. Eiji Nakatsu, engineer and a birdwatcher, got inspired by the kingfisher watching it enter the water with barely any splash. This lead up to redesigning the train’s nose, giving it a bird-like 50ft beak. Not only did this solve the noise-pollution problem but managed to make the train 10% to 15% more efficient. Owls are another state-of-the-art nature’s design. The shape and serration of their feathers allow them to silently swoop down on their prey. This inspired ZIEHL-ABEGG to create fans which operate with less energy consumption and acquire less maintenance. This also means more efficiency and better environmental quality.

These were just some of the innovations inspired by nature, there are plenty of more all around us and if we ask the right question, we will get the right answer. So rather than going against nature, maybe we should look for advice on how nature would do it, and almost certainly we will get a perfect blueprint of any design we need.