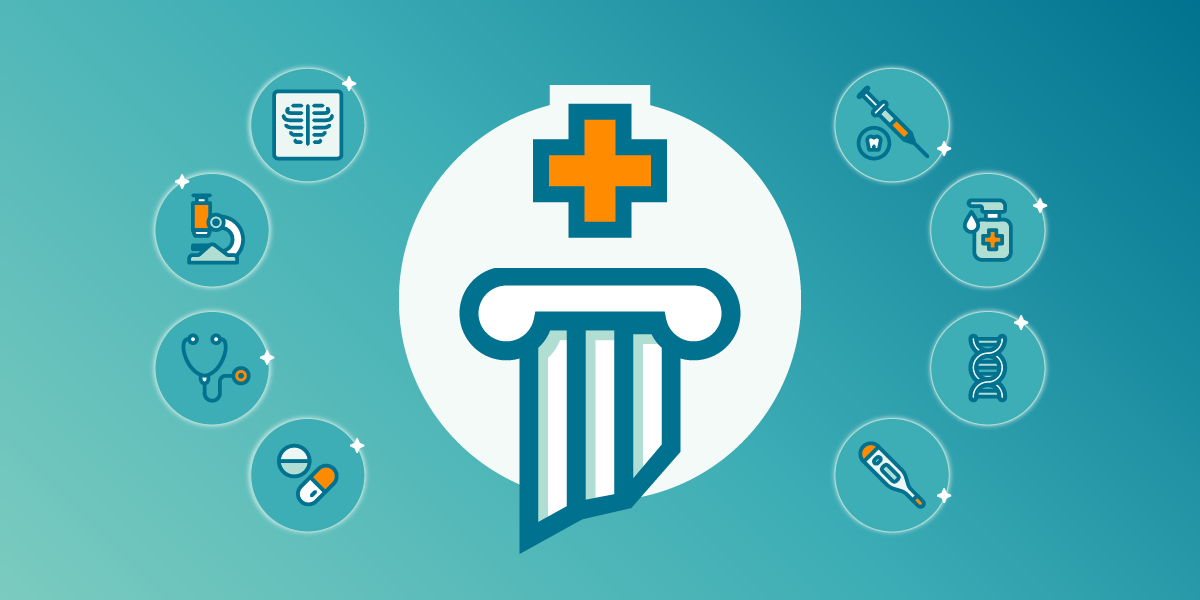 Not so long ago almost half the patients would die of surgical complications. A simple cold or a cut could have been fatal, as well. As technology evolved so did medicine. From simple tools to groundbreaking discoveries, these are the greatest innovations in medicine that have enabled us to live healthier and longer lives.

This simple, yet helpful tool made it easier for doctors to listen to the patients’ breathing and heartbeats. Prior to its development, they would simply lean and press their ears against the patient’s body. Not the most convenient and reliable way. The first stethoscope was created by René Laennec in 1816. Since his patient was a young woman, he found it indiscreet to press his head against her chest, so he rolled up some newspaper. Then, he tried out different mechanisms and materials and ended up using a wooden tube. In 1851 the first double stethoscope was developed by Arthur Leard and further refined by George Cammann in 1852. These improvements led to better sound and filtered out the noise. The stethoscope is still one of the must-have tools of every doctor.

Anesthetics are the norm today, but can you imagine going to the dentist or having a simple surgery without them now? What would life look like without your ordinary painkillers? Painful for sure. The first public demonstration of ether as an anesthetic was made by Dr. William T.G. Morton, a dentist, in 1846. His patient reported no pain. A few years prior to the demonstration, in 1842. Dr. Crawford Long came up with the idea to use ether in one of his surgeries. Up until then, it was more of a party drug. At one of the laughing gas parties, he noticed that the guest that inhaled nitric oxide, another party drug, while tumbling gained bruises but felt no pain. The use of anesthetics spread, and this innovation intensified surgery frequencies. What impacted surgical procedures and their outcome even more is the next innovation on our list.

Anesthetics enabled a pain-free surgery but the aftermath of all surgeries was still pessimistic. Patients would easily get infected with a 50% death rate. Pasteur’s Germ Theory about disease-causing microbes was one of the foundations for this innovation. Inspired by it, Dr. Joseph Lister started cleaning his surgical tools and soaking bandages with carbonic acid, known as phenol. The result was expected – no infections. It took some years before the Germ theory was accepted, and more people started using antiseptics for sterilizing their tools, operations rooms, hands and wounds. All of a sudden, a simple cut wasn’t a death sentence.

The invention of the microscope is one of the most important innovations in the field of medicine. It gave us the opportunity to see the micro-world and understand diseases better. Father and son Hans and Zacharias Janssen, lens grinders, are credited for the first compound microscope in 1590 but it took some decades before people found a real use for it. Thanks to Robert Hooke and his work “Micrographia” in 1667 the microscope was popularized. Groundbreaking leap forward was made by Anton Van Leeuwenhoek who created his own version of the microscope which could magnify objects up to 300 times. He was also the first one to see and describe live microorganisms. Since then, the technology has improved and microscopes can magnify objects up to 10 million times.

A simple yet revolutionizing experiment in 1796 performed by Edward Jenner pawed the way for vaccines. He inoculated a boy with cowpox which resulted in the boy becoming immune to smallpox. Large scale production of vaccines started in the 1940s. Soon after, the smallpox vaccine was accompanied by other vaccines such as vaccines for diphtheria (1928), tetanus (1938), polio (1955) and many more. This innovative approach to protection against such diseases saved many lives and made such diseases a thing of the past.

It all started with the accidental discovery of Penicillin in 1928 by Alexander Fleming. Unfortunately, his discovery went unnoticed for almost a decade until Howard Florey and Ernst Chain saw the enormous impact it could have on medicine. So the production of the first antibiotic started. It mitigated the number of deaths and amputations. Soon after, other antibiotics emerged. The problem of misuse and inadequate use of antibiotics has lessened their effects and antibiotic resilient microbes have appeared. Thanks to innovative ideas, we can now look forward to antibiotics with DNA nanotechnology that will fight bacteria more efficiently.

The way genetic information is stored and transferred has puzzled us for many centuries. Mendel was the first to understand hereditary principles based on experiments he had been performing on pea plants over the course of 8 years. His final work was published in 1865 and unfortunately unacknowledged up until the beginning of the 20th century. Luckily, the curiosity for the hereditary material has inspired many scientists to search for answers, and led to further breakthroughs such as the first X-ray photo of DNA in 1952 by Franklin Rosalind and, a year later, the discovery of the double helix structure, by Thomas Watson and Frances Crick. This served as a foundation for a better understanding of the DNA and resulted in genetic engineering and sequencing in the ’70s. Understanding the DNA has allowed us to comprehend diseases better, as well as treat them more efficiently and even prevent them. DNA has opened a whole new door to innovations and groundbreaking technologies that are revolutionizing medicine.

Once again an accidental discovery, in this case of the X-rays in 1895 by Roentgen Wilhelm, led medicine in a whole new direction. The technology has improved greatly since then. So instead of the initial 11 minutes per shot, an X-ray image is done in a matter of moments with 50 times less radiation. When it comes to medical imaging, more innovative technologies were introduced in the decades that followed, starting with the ultrasound sonar in the 1960s, followed by the Computer Topography scan-CT and Magnetic Resonance Imaging-MRI. Medicine, as we know it, is almost unimaginable without medical imaging. All these different ways of imaging have been improved over the years and went from analog to digital, from invasive to non-invasive. Innovations such as pocket and portable imaging are also available now and even more make medical imaging accessible. A step further is hybrid imaging which combines different ways of imaging and therefore gives a more precise and detailed image. We can certainly expect many more innovative technologies in terms of medical imaging in the near future.

Although it’s not top-notch technology, it still represents one of the greatest medical innovations. Disposable ones we know today were developed in 1949 and were improved two years later. This innovative twist included the syringe being made out of polypropylene which could be heat-sterilized. Originally a medical hypodermic syringe was created out of metal and later out of glass. The discovery of insulin opened a new market, and more injectable drugs followed. The hypodermic syringe technology has gone a long way since its beginning, and we can see innovative solutions such as the needless technology. Some innovations are the press-on patches releasing drugs through themselves.

Another simple yet genius medical tool is a medical thermometer. Its invention made it easier to diagnose and treat patients because many diseases cause a change in the body temperature. Galileo is one of the first to have constructed a thermometer, to be more exact a thermoscope in the 1500s. The first one to have created a medical thermometer, although a crude one, and put a scale on it was Santorio Santorio in the early 1600s. His thermometer was designed as a mouth thermometer, but the downside was that it took a bit too much time to measure the temperature and it was inaccurate. A breakthrough was made by Daniel Gabriel Fahrenheit. First, he made an alcohol thermometer in 1912, and two years later, a mercury thermometer. These new thermometers were finally accurate and way faster than previous ones which made a huge difference.

There are of course other innovations that have also made a huge impact and changed the course of medicine such as the pacemaker, prosthetics, birth control and many more. Every innovation that helps improve medicine and save lives is a gamechanger. This is certainly an interesting time for medical innovations and new technologies that help improve medicine and healthcare. We will be seeing more Artificial Intelligence in the name of medicine as an aid in diagnosing and treating patients. Artificial organs, nanotechnology and many other innovative technologies will become an ordinary part of medicine and maybe, in a few years’ time, these innovations will get on the list of the most influential medical innovations of all time that have transformed medicine.