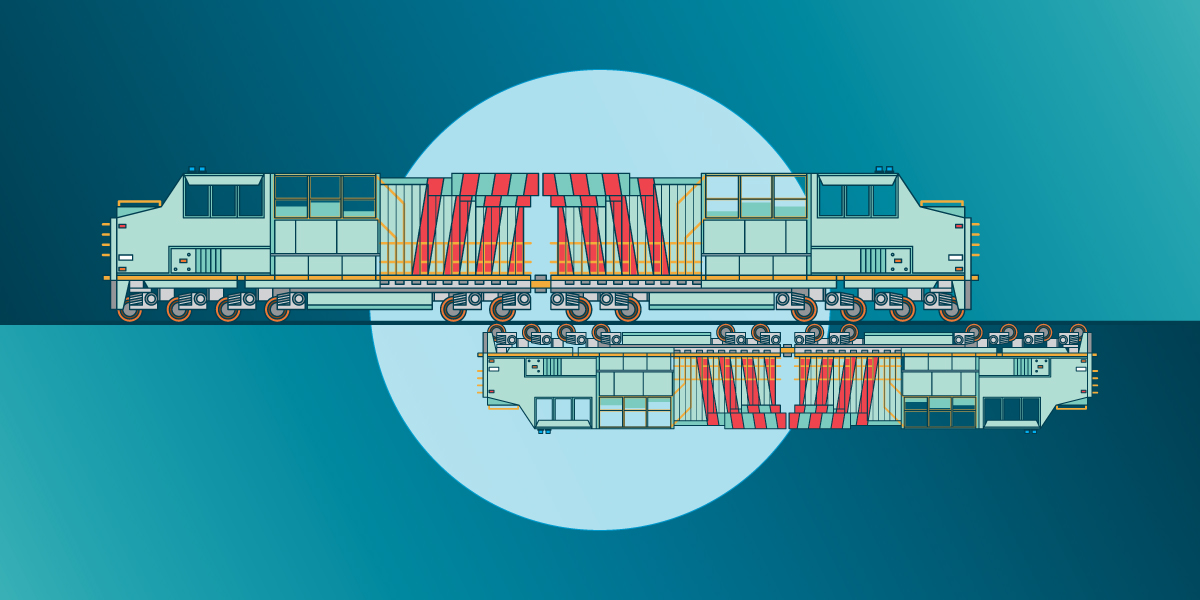 We are witnessing quite an advancement in the transportation and mining industry thanks to Rio Tinto’s AutoHaul autonomous train project.  Rio Tinto, the leading global mining and metal company, has already introduced and successfully deployed autonomous trucks, loaders and drills which has led to a significant improvement of mining. With the new autonomous train system, they went even a step further. Autonomous driving has had some significant innovations and improvements over the past few years and this 2.4-kilometer train is certainly a big leap forward.

What difference does it make?

The main goal is to fully integrate this autonomous system into the transportation of iron ore from 16 mines to 4 ports, covering over 1.700 kilometers of track, which will boost safety and have great productivity benefits. So far, since it was first introduced in 2017, it covers more than 60% of all train kilometers. This reduces the need for changing shifts, that usually occurs 3 times a day and lasts for an hour each. Not only will this save time but it will also eliminate high-risk activities such as transporting drivers to and from trains, whose journeys covered around 1.5million kilometers per year. Another benefit is the minimization of human error and related accident that have occurred in the past. This will all help cut cost, reduce bottlenecks and cycling time resulting in a noticeable productivity boost.

Although the introduction of machines has had an impact on the unemployment rate in the past, resulting in many job losses, the company ensures that nothing as such will happen. The company announced that the deployment of the autonomous trains will not be the reason for job cuts in 2019. Rio Tinto plans on retraining all drivers and other workers replaced by the train, giving them a new opportunity, this time around working in the offices overlooking the trains, making this a win-win situation.

Any ideas on what’s next on the autonomous means of transportation list?

Guess we’ll just have to wait and see.