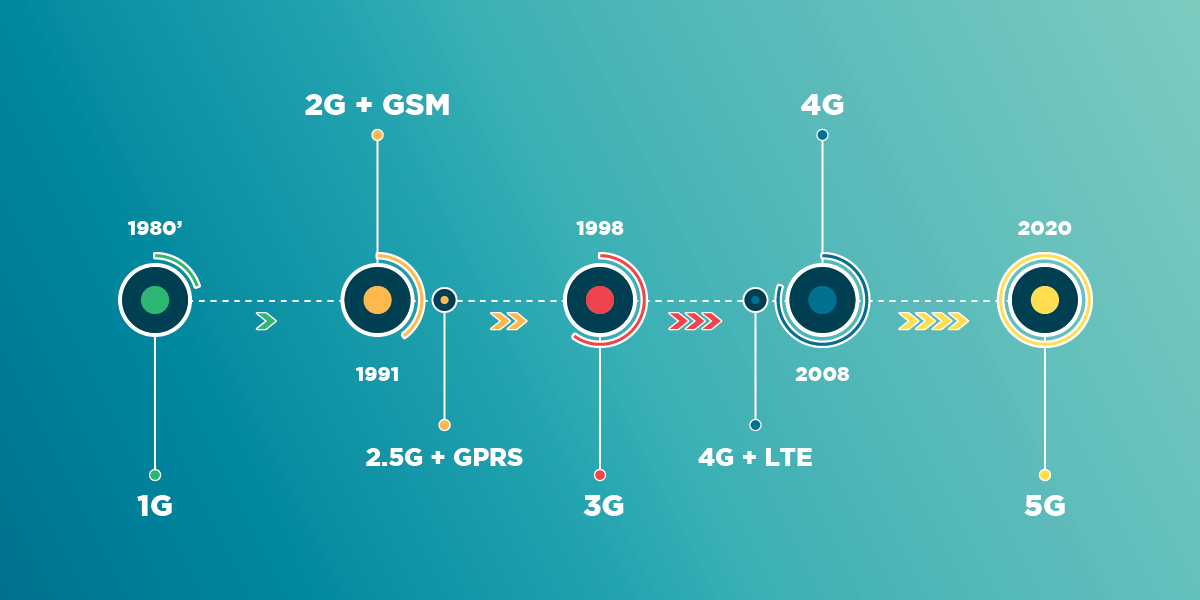 Remember the time it took you half an hour to download an mp3 song to your PC and the feeling of immense satisfaction when it was successfully done? We truly appreciated every little thing the progress of technology was providing us with back then. How can we now describe the fact that we are able to download an entire HD movie in a matter of minutes? And not just to our PC`s, but to our cell phones, iPads, laptops. That super power of the wireless data transfer technology seems completely normal to us now, like ok, been there, done that, give us more. Don`t tell it twice.

The next leap forward of mobile technology is the 5G network. Latest innovations are giving birth to a fifth generation of mobile networks, which will revolutionize our lives and society on so many levels.

Once upon a time there was a land called Mobile Technology where this simple, analog guy called 1G was the man. He was the leader of the first generation of wireless telephones. Those were 1980s.

After about a decade, it wasn`t hard for the digital guy 2G to take over the stage. He and his friend GSM introduced paging, faxes, text messages and voice mail.

In the late 1990s they got the help from their younger brothers 2.5G and GPRS, allowing the inhabitants of Mobile Technology to send MMS, enjoy limited roaming and download rate of 0.064Mpbs. Still, they were slow and expensive, with very limited Internet access, thus the fame didn’t last forever.

Next generation of mobile internet connectivity with its new leader 3G, offered mobile broadband, location services, global roaming, multimedia streaming, and speed up to 2Mpbs. 3G came some ten years after 2G, and by then the majority of us became the inhabitants of the highly innovative land of Wireless Mobile Technology.

From around 2008, we are enjoying the reign of 4G. He provided us with high-speed internet access up to 20Mpbs with low cost per bit, HD media streaming and many more technical improvements enabling us to use internet and mobile services in every aspect of our lives.

We must mention the young princes 4G LTE who is affectionate towards the old king 3G, and 4G LTE-A who looks up to powerful 4G. We have bad news for them. The announced crown prince 5G is threatening to make them as slow and irrelevant as 3G seems now.

How will 5G cutting-edge technology change the game?

Logically, 5G must offer us better performances than its predecessors. 3GPP, seven of the world`s biggest telecommunication companies, earlier this month (June 2018) announced a standalone version of the 5G being standardized. It will not be just a 4G LTE upgrade but will overpass its possibilities big time.

Maybe the most important and obvious 5G characteristic for an average user is the data speed improvement. Download speed is estimated to be up to 100 times faster than 4G LTE – theoretically 1-10Gpbs, meaning you could download a full HD movie in 4-40 seconds. Maybe G actually stands for Gonzales?

Next one is lower latency. While 4G`s latency is 45ms, that of 5G is 1 millisecond; delay undetectable by human eye. Streaming of online content would be much smoother. Online gaming? Piece of cake! Buffering who?! This fast response time can be extremely significant for self-driving cars and smart cities, providing a reliable and crucial support, and potentially making the difference in the life or death situations. Autonomous vehicles could send substantial information to one another easier and thus potentially ease congestion, making 5G a plus for society.

Higher-quality of voice and video calls and more reliable connections will also jump several levels up. We are talking about 99.999% availability and 100% coverage. Anytime, anywhere. Going through a tunnel can no more be an excuse to end a call from your mother-in-law.

Greater capacity with up to 100 times more connected devices per unit area, compared to 4G LTE, will allow a greater number of connected IoT devices, unleashing a real IoT eco-system. Lots of highly demanding applications could be used all at once – house appliances, cars, streaming, virtual reality and many more new ones. Massive connectivity will make IoT bloom.

5G potential clearly goes beyond mobile internet and tends to change the way people live and do business. Everything is connected and everything is smart.

Are we ready for such a change?

These super powers make 5G a demanding guy. He needs an updated kingdom, meaning the present communications infrastructure must change to suit the new ruler. Network architecture needs to shift dramatically, in order to secure a smooth application and maximum usage from day one. Core networks must be expanded to provide the space for the functioning of 5G together with 4G, which asks for massive investments and time. Present king cannot be overthrown in a day.

Furthermore, you are probably wondering will we need new phones or will 5G work with the present ones. Yes, you`ll have to get upgraded, too. If you want to be a member of 5G liege, you ought to have an appropriate weapon. Don`t worry, they are already in the making, according to chip-maker Qualcomm. They announced that a number of phone makers are implementing the 5G chip for their new models, whose launching is planned for 2019, while 5G plans to rule most countries by 2020.

Taking all into consideration, the fifth generation of telecom networks will open the door to many exciting changes, no doubt. However, let us ask you – how fast is fast enough? How automated will our world become? Will 5G become slow and dissatisfactory, just like its predecessors? We would love to hear your forecast! 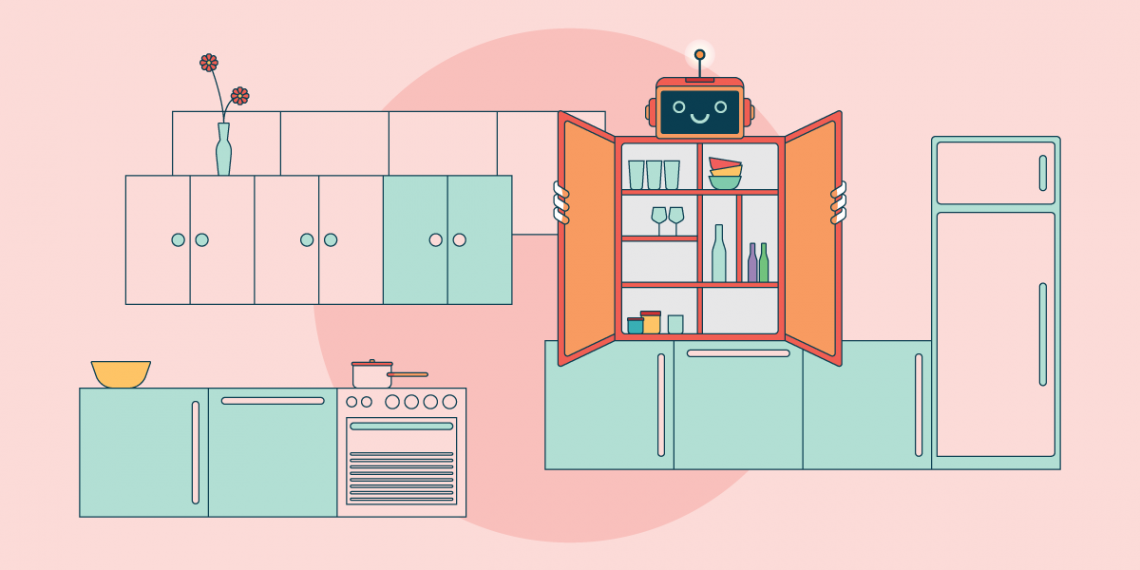 All you need is this program and a 3D printer to turn ordinary objects into robots. 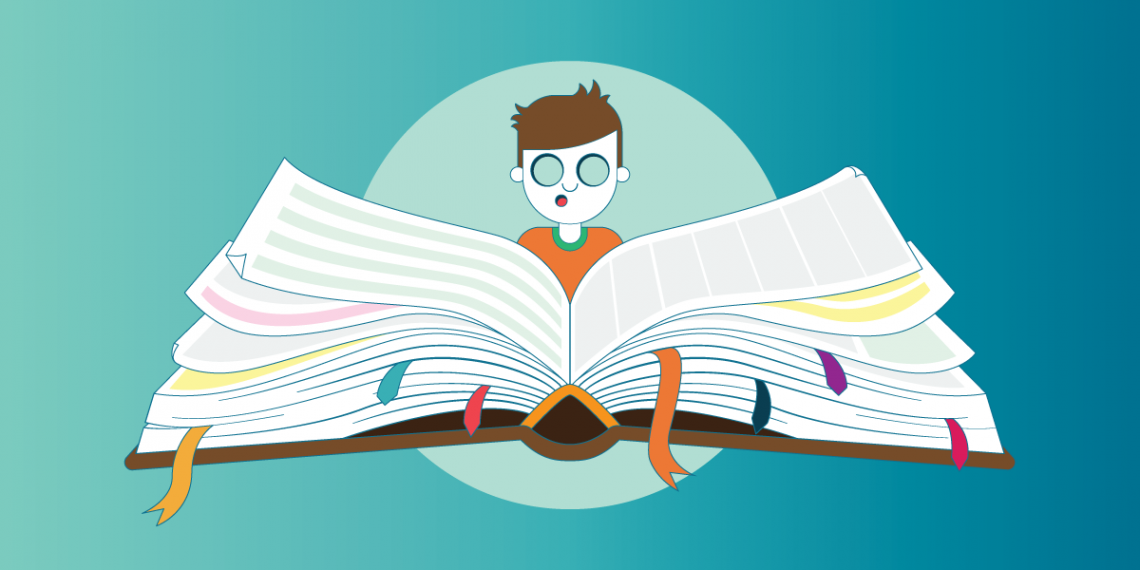 Innovation management is also a subject to innovation and it is important to have skilled managers to face the oncoming challenges,... 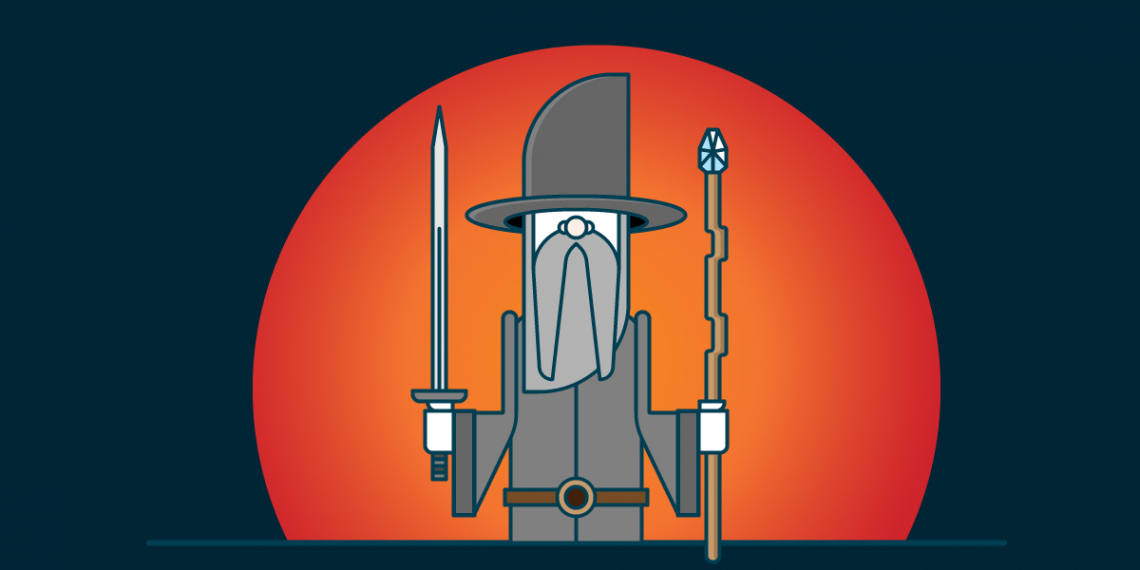 The person with strong “YES”, and even more powerful “NO”.